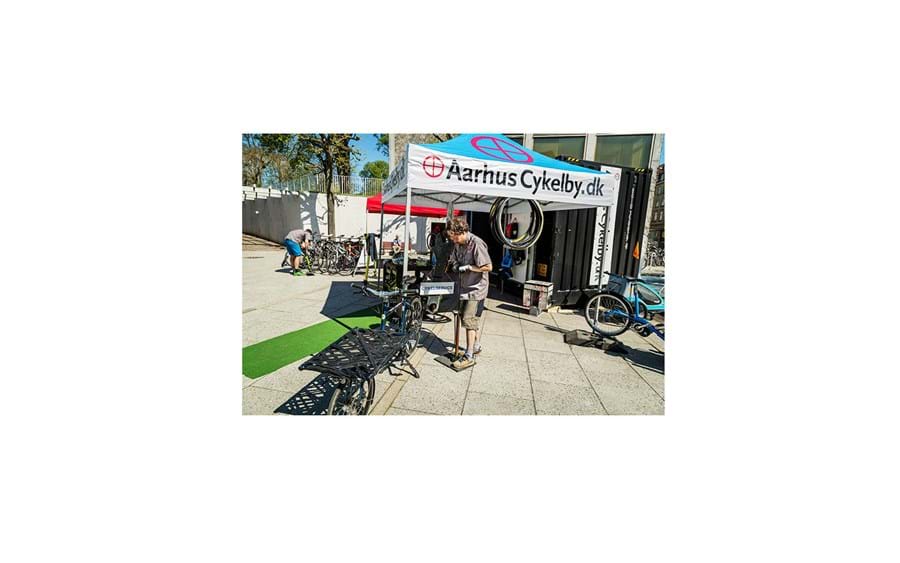 Aarhus Cykelby promotes the bicycle as a means of transport in the city.

The purpose is to generate a change of behaviour among the citizens which will favour their health, the traffic safety and benefit the environment.

Aarhus Cykelby was originally lauched in 2009 as part of a major effort by the Municipality of Aarhus to strengthen the city's cycling culture, which also involves major investments in bicycle infrastructure. The project is an important part of Aarhus' ambitions to be CO2 neutral by 2030.